bar·fly ˈbär-ˌflī noun:  Somebody who spends large amounts of time in bar
Would that definition apply to someone who works in a bar as well?  Would they be barflies or just bartenders, servers, and so on?  I’m going with the latter.  They’re a step above barfly because they’re getting paid to hang out with the real barflies.
Don’t ask me if I’ve seen the movie Barfly with Mickey Rourke and Faye Dunaway either.  I haven’t.  Couldn’t care to see it, but I’ve heard it’s about a writer that gets published in the end.
That’s not me.  I’ve been published.  I’ve had a string of successful novels and a few have even made the best sellers list.  Right now though, I am a failed writer.  It’s been five years since my last novel.  I have one thousand, six hundred, and sixteen rejection letters under my belt.  Those all didn’t come within the last five years though.  Only four hundred of those came in that time period.  That breaks down to eighty a year.  Not bad.  Not good.  My first novel received thirty rejection letters in less than a month.  It was never published.  It sits in the bottom of my desk drawer, collecting dust and turning yellow with age.  I pull it out of its grave every now and then and read it.  It reminds me why I write and it reminds me that I will always be a beginning writer.  Writing is never a profession that once you learn everything, you know everything.  There’s so much more to know that it’s a never-ending education.  It’s an education that often costs more than the degrees a writer goes into debt for.
I didn’t go into that debt.  I wasn’t sure what I wanted to be when I grew up so I never went to college.  I also couldn’t afford it so it also made me lackadaisical in picking what I might want to achieve to be in life.  I’m thirty-four and I still don’t know what I want to be.  Every now and then, I think I’d like to be an astronaut.  It seems nice and quiet in space.  I think I’d like that.  I’d want to see an Earthrise and a meteor or two shoot across the sky.
I’m not an astronaut though.  Again, I’m just a burned out writer with a five-year-old case of writer’s block.  I sit in the corner of my favorite bar and enjoy idle talk with my favorite and very handsome bartender, Roman.  He’s every woman’s dream: tall with dark hair and eyes and the self-esteem of a fourteen year old with severe acne and a mouth full of metal.  He’s a confident man behind the bar and a blithering idiot in front of it.  I don’t envy him.  I rather feel sorry for him.  My great grandmother often said, “Bless their heart.”  It was her way of saying boy what an idiot, looser, nerd, and so on.  If she had met Roman, he would have instantly got a “bless his heart” from her.  We hang out with each other a lot, but it’s usually because he needs a wingman.  I’m a horrible wingman.  I should say, I’m a horrible wing-chick.  People annoy me and the women Roman go after annoy me more than anyone else, maybe because he dates down to stupid, beautiful, and money-grubbing bimbos.  Maybe it’s really the fact that I sometimes wish I fell into the stupid, beautiful money-grubbing bimbo category.
I fall into the average Jane category.  Average height, average weight, average face, average style, and blah, blah, blah.  If I were in a police line up, no one would recognize me as the face of the killer that drove a knife straight into the heart of her favorite, good looking, low self-esteemed, and idiot bartender.  They would just blame it on the poor schmuck that was sitting next to me because he was one step above average, and all I could do is smile and say to that is, “Bless his heart.”
I’m getting off track, but that’s what I do.  I let my stream of consciousness go and if I follow it, I am all over the place.  I touch down here with a thought and then leap up there with another one.
Right now, I’m just staring at the most beautiful human that has ever existed without trying to be a major creeper.  I know I will fail miserably but I gather my brain cells and force them to gather into one area.  I can keep an eye on them that way and try to be inconspicuous.
Though that’s really tough being only four of five people in a bar at four-thirty in the afternoon.  I will without a doubt not be able to hide in the shadows of my favorite corner without being seen.
I curse the daylight and order another extra dirty martini.  I might as well have accompaniment on my journey into hell.
# # #
This page copyright © 2009 Shelia Taylor
All rights reserved | This is an excerpt of the rough draft and not the final version 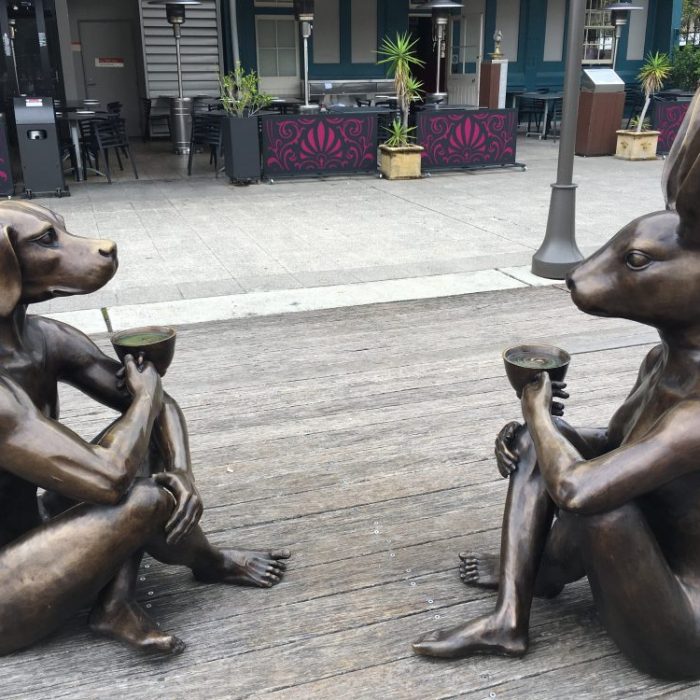