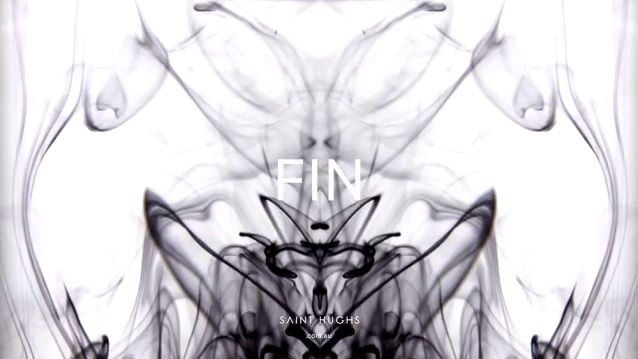 If you follow me on Twitter or here, you know I adore SAINT HUGHS. Yes, kinda biased since I like their other project [26] as well…but that’s neither here nor there.

The lovely lads that are SAINT HUGHS, Nick O’Donnell and Drew Fellows have FINALLY released a follow up to their debut EP, EP-1 called “LOVE AND LUST” and before I could even spend quality time over playing the shit out of it, those wild and crazy guys released a video for the first track “FIN”. (So you’re in the know, they’re going to release a video a week for each track. If you need something more cerebral than what Beyonce did, follow these cats.)

NOTE: I, of course, will review each video because everyone I know personally needs to discover and dig this band.
All you non auto bots (real humans I personally don’t know) that follow me on
Twitter who are reading this, follow them, retweet, share the love and music!

This is perhaps my favorite visual of the video. Actually, that is a lie. IT IS MY FAVORITE part of the video. I’m not sure what Rorscharch’s test would say about me here…at first, I saw an alien (blame every episode of Ancient Aliens that I have watched) but the more I stared at the image or watched the video, I see “the Devil inside” all of us.

You know the one we all try to hide from everyone.

As I come to the realization that it’s the “beast within” the lyrics click inside my head: “and I feel like something’s coming over me…and now you’re over me.”

It’s one of the reasons I like SAINT HUGHS. They can be flashy without the flash. They can be complex without the complexities. Most of all, they take the world around them and use the Universe to create magic (example: black ink in water).

🖤💛♥️
I respect and acknowledge the Gadigal people of the Eora Nation as the First Peoples and Traditional Custodians of the land where I live.
I pay my respect to their Elders, past, present and emerging.
Through learning about your songlines, I found my own.
#AlwaysWasAlwaysWillBe
🖤💛♥️

🥰This is why I donate.
Take the liquid gold.
Here it is, a short story…
Found this picture of my mama (middle back row) with her 2 sisters and her dad in Thailand. I believe the woman in front of her is an auntie.